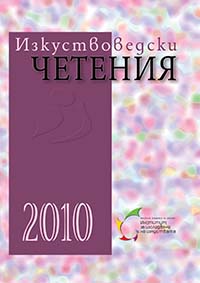 Summary/Abstract: The name of the Hungarian Lojos Zoltan Arpad Pitrolf, better known in the history of the cinema with his artistic nickname Louis Pitrolf De Beery has not been mentioned in the history of Bulgarian cinema. But his name was connected with the beginning of the age of cinema in Bosnia and Herzegovina, Croatia and Serbia where the above mentioned person has shot during the period 1909-1912 a number of documentary chronicles. De Beery is known in the history of the Balkan and world cinema as the cameraman who shot the first two Serbian feature films in 1911. He also made a name for himself in the early history of the Bulgarian cinema. He worked as cameraman during the Balkan War and by the end of 1913 was a representative of Pathé Frères in Sofia where he published Pathé Weekly – the second film magazine that emerged in the country. This exceptional professional changed the cinema life in Bulgaria – he modernized film distribution, provoked advertising, declared his desire to film the novel Under the Yoke, developed charity… It is this period of his life that the author Dr Petar Kardjilov presents in his publication and also to offer the most recent data regarding the personality of this filmmaker which up until recently was quite unknown.