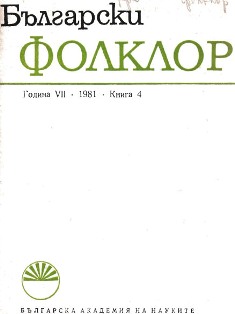 Summary/Abstract: Aristotle’s thesis about the metaphorical essence of the riddle presents a guiding point in the first part of the article. The author assumes that the metaphor of the riddle follows the same way of appearance as the poetic metaphor, of which she judges from its specific imagery and notions. This motivates the two-member structure of the riddle and the relations of parallelism in it. The two structures, marked as puzzle and unriddling, present two ranges with analogous relationships between the objects and their corresponding characteristic features. There is an ambiguity in the realia of the riddle, but, on the basis of the relationships present in it, we judge of the ones, which are supposed to characterize the object to be found out. The unriddling is presented as a process reverse to the poetic structuring of the riddle. A concrete algorithm of the unriddling is pointed out in the article. The second part of the work deals with the logical essence of the riddles and the corresponding classification. The riddles model the world of objects by offering certain information about it, which is coded by means of a specific metaphorical language. Their metaphors reveal binary semantic oppositions. They point to the deep logical essence of the riddles and provide a basis for their classification. The author draws the conclusion that riddles can be grouped according to a common thematic feature. These are riddles constructed on the same semantic opposition, which appears to be the invariant of the class of parables. There follows a classification of the Bulgarian riddles in groups according to objects and themes, which has been made on the basis of factual material.