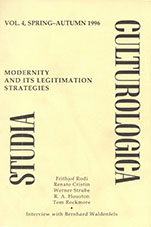 Summary/Abstract: Since Locke, liberal democracy has never lacked for eloquent spokesmen. Yet for a brief but glorious moment, Francis Fukuyama, an obscure bureaucrat in the government of Ronald Reagan, then President of the United States, was recently at the center of a popular debate about the meaning of the contemporary world. This article examines Fukuyama 's argument in favor of a particular type of liberal democracy as the outcome of world history. It contends that this theory has attracted attention less because of its intrinsic qualities than because of its role within the contemporary social context. It further contends that Fukuyama 's version of liberal free market economy is poorly argued and remains unconvincing.