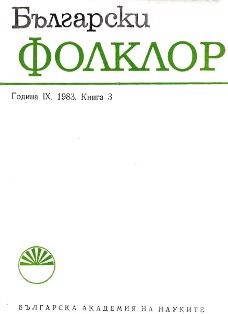 Summary/Abstract: The article deals with K. Marx’s concept of mythology which is the expression of his theory of historical materialism – the relations of production are the real basis on which all superstructural phenomena and forms of social consciousness are being set up. Mythology is the transformation of nature and social forms in an unconscious artistic manner. Its social background is provided by the forms of ownership typical of the communal order – be it Asiatic, antique or Germanic. According to Marx fetishism, the conversion of the products of the human brain into independent beings constitute the gnoseological roots of mythological thinking. For Marx ancient mythology is the source and the grounds of Greek and it occupies a special place among other peoples’ mythologies thanks to its human character. Mythology, according to Marx, is a natural phase in the development of mankind and this predetermines its transitional character.