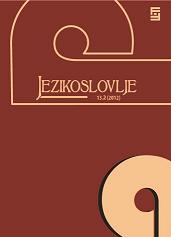 Summary/Abstract: With the Compromise of 1867, the Hungarian Kingdom received an equal status within the Austrian part of the Austro-Hungarian Dual Monarchy. Hungary be-came a sovereign entity within the Habsburg Monarchy. Next to a common mon-arch from the House of Habsburg who had the title of ‘emperor’ in Austria and that of ‘king’ in Hungary, three ministries were in common, including the Minis-tries of Foreign Affairs, Finance and Defence. The Compromise marking the autonomous position of Hungary in the Double Monarchy ended in 1918 with the dissolution of the Habsburg Empire; hence the timeframe of this study (1867–1918). The Austro-Hungarian Monarchy was a clear multilingual state in which fourteen languages were officially recognized, including Croatian, Czech, Ger-man, Hungarian, Italian, Lithuanian, Polish, Romanian, Ruthenian, Serbian, Slo-vak, Slovene, Ukrainian and Turkish. Although not all the languages were spoken throughout the Empire and sometimes very much restricted to certain regions and local areas, multilingualism was regulated by law. In this paper, I concentrate on multilingualism in the Hungarian, i.e. the Transleithanian part of the Dual Monarchy. I will discuss its language policy and its practice focussing on the primary educational system which offers illuminating insight into the multi-lingual state of affairs in the Hungarian Kingdom. I will be critical of post World War I tradition in historiography claiming that multilingualism was severely restricted in the Hungarian Kingdom and that the non-Hungarian state languages were suppressed being the only reason for causing harsh language and ethnic con-flicts. Rather, the analysis of multilingualism in the Hungarian Kingdom is more complex than setting up a simple, bipolar opposition in terms of ‘Hungarian’ ver-sus ‘non-Hungarian.’ The language policy of the Hungarian Kingdom stipulated in ‘Nationality Law’ XLIV (1868), although declaring Hungarian the language of the state, allowed the use of any other official language than Hungarian at the local level, both in government, judiciary, church organizations and schools. The application of this principle did not prevent however the outbreak of language and ethnic conflicts in the period under study.