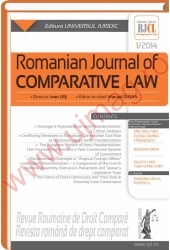 Summary/Abstract: The Romanian Constitution, adopted through a referendum on December 8th, 1991, had the goal of balancing the powers of a head of state elected directly by the people and a strong Parliament. However, the living Constitution twisted normative intentions into a different political reality. In order to deal with this issue two almost parallel and quite opposite processes for the revision of the Romanian constitution have been undertaken recently, one is favourable to hyperpresidentialism, while the other calls for a rebalancing of the Romanian political system rather towards parliamentarism. This confrontation at the level of Romanian institutional and normative practices raises once again the ontological and conceptual ambiguities of the said semi‐presidential political system, and poses even more sharply the theoretical question of its appropriateness to the context of countries in democratic transition.