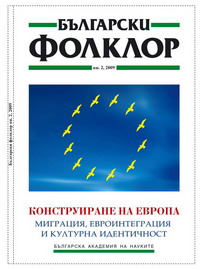 Summary/Abstract: This paper addresses the lack of emphasis on the post-1990s irregular migration flows from Bulgaria to Turkey in the literature despite the increasingly significant number of such migrants. I suggest that the dearth of attention stems partially from a problem of classification that has to do with implicit suppositions about ethnicity and migration. The post-1990s Turkish immigrants from Bulgaria are not specified in accounts of irregular migrant flows directed towards Turkey since they are assumed to belong to the category of ethnic “return” migrants: Because of their ethnic identity as Turkish, all Turkish migrants from Bulgaria tend to get considered as part of the intermittent “return” migration waves from Bulgaria, the most notable and well-known of these being the flight of more than 300,000 Turks in 1989. However, while the ethnic affiliation of the post-1990s migrants from Bulgaria renders them invisible as irregular migrants within scholarly migrant typologies, the same ethnic affiliation does not necessarily work to their advantage when it comes to their legal and social reception in Turkey. Based on ethnographic fieldwork that prioritizes micro-level analysis from below, the paper demonstrates that the self designated ethnic affiliation of these migrants, counterpoised against their social marginalization as “the Bulgarian” domestics, heightens the paradoxes of belonging and affects migration strategies.