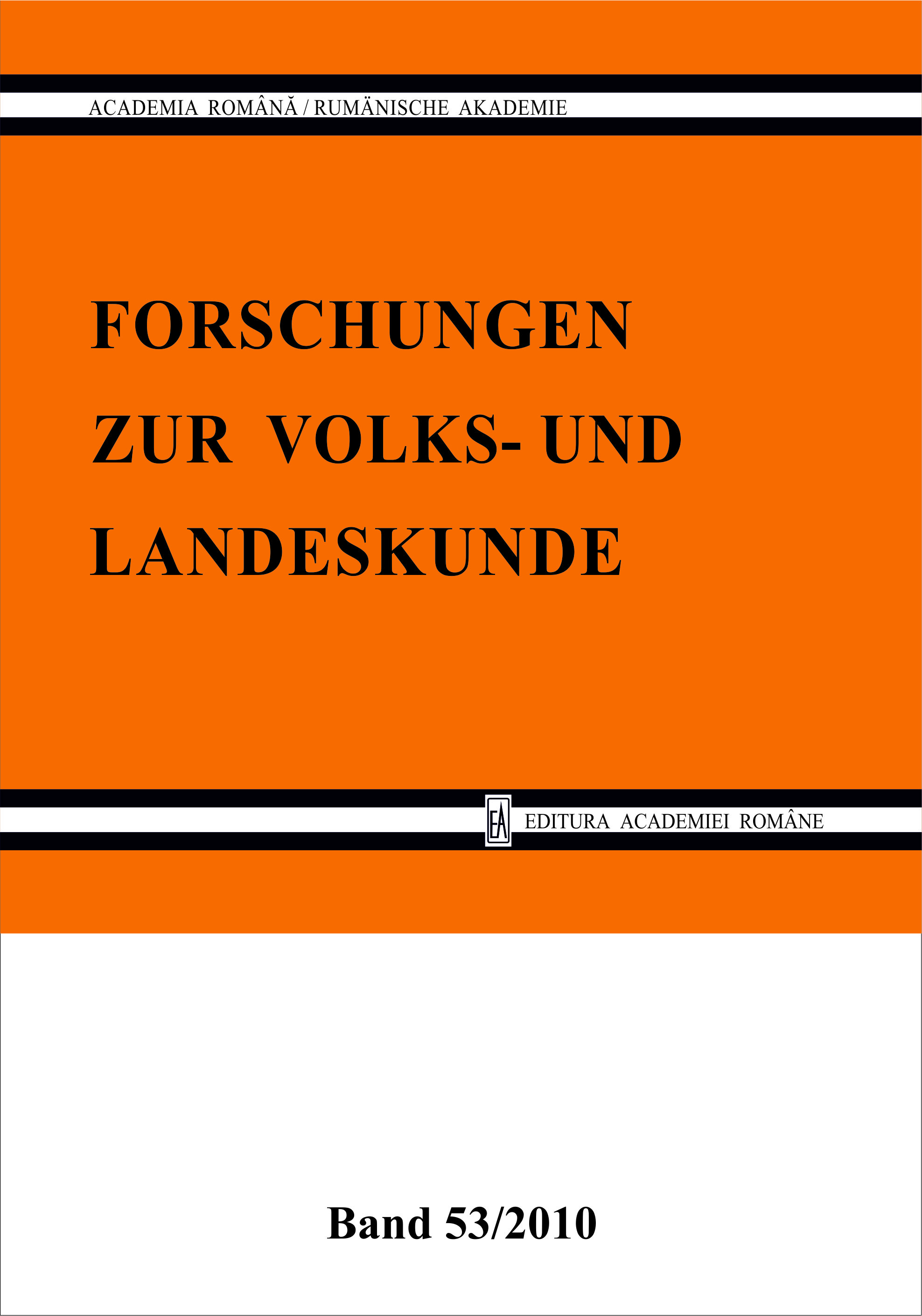 Summary/Abstract: The article emphasizes the preoccupation of the journal with Romanian folk art and culture during its existence of half of a century. The most important ethnologists who contributed articles with were Cornel Irimie, Herbert Hoffmann, Gheorghe Pavelescu, Corneliu Bucur, Anca Goţia, Horst Klusch a.o – most of them were living in Sibiu. The major topics were folk art, traditions, the history of folklore, Romanian-German interferences, the place and status of Ethnographical Museums in Romania. There were also published book reviews and annotations by the researchers from the Academy Institute (Carl Göllner, Paul Niedermaier, Anca Goţia, Gudrun-Liane Ittu) and from other institutions (Horst Klusch, Amalia Pavelescu).