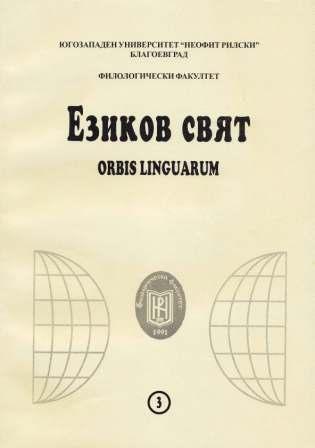 Summary/Abstract: The liquid consonants of type p and л in the Bulgarian language (literary and dialect) are numerous and different by quality at comparison with the other European (in that number and Slavic) languages. Whereas in Japanese there are only one liquid consonant (which realize with p or л, without delimit them) while in the Old Bulgarian there are only two (p and л, which delimit as phonemes), in contemporary Bulgarian language there are several kinds ofn: л *— л '<—/—> л (л) —* I, and some kinds ofp: p' <— p (p>). The reason for that is the two-way development of the liquid consonants: in the eastern dialects they are included in palatal correlation, whereas in the western dialects, they become a base for creating of an autonomous palatal row.