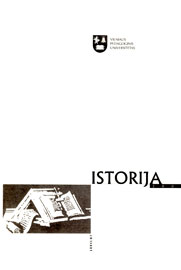 Summary/Abstract: The article analyses how contemporary Russian radical authors (Dugin, Panarin, Kalashnikov, Kaliuzhnyj) characterize public discussions and official representations of Russian history. Their criticism is levelled at the so-called "pro-Western" and "anti-patriotic" visions of "Russia's glorious past". In other words, the field of historical studies is seen as the propaganda battleground, and the control over the images of the past means the effective management of mass consciousness. As far as Russia is concerned, history and its teaching traditionally were defined as objects of censorious state control. Such a tradition can be traced back to the end of the 18th and the beginning of the 19th centuries. Especially brutal forms of censorship were implemented by the Soviet regime, when history was xploited as one of indoctrination tools and means to veil the crimes of the Soviet totalitarianism. Censorship was officially abolished after the fall of the Soviet regime. However, the decade of provisory "freedom" is coming to the end now. During the Putin's regime history studies at universities and other educational institutions (secondary schools included) became the object of growing criticism as "too liberal" or even "anti-Russian". On the one hand, Russian radical authors welcome the initiatives of the ruling regime "to make improvements in this highly important sphere". On the other hand, they voice the opinion that as "pro-Western menace" still exists, it is necessary to tighten control and restrictions.