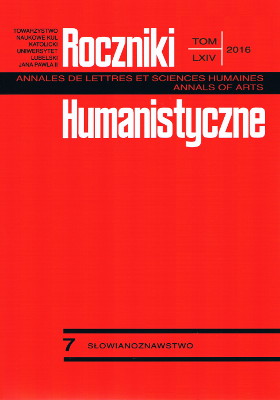 Summary/Abstract: The article analyses the 1996 novel Eureka Street by the Northern Irish writer Robert McLiam Wilson as an example of historical novel discussed in the context of its evolution influenced by the developments in the theory of historiography. Set in the 1990’s Belfast, the novel is both a panorama of the Northern Irish society divided religiously and politically, and a satire on Northern Irish reality and politics. Most importantly, however, it is a romance, which constitutes the generic dominant of the novel and which on the one hand locates it in the venerable tradition of historical romance ŕ la Walter Scott, and on the other introduces essential modifications. The most important of them is the changed concept of history, whose elevated status of an explicatory, unified metanarrative is substituted with several micro-histories; important, too is metafiction which exposes the inevitable constructedness of any historical narrative, both academic and fictional; and the shift of accents from history to romance and love, both presented as a remedy for the traumatic past. Discussing various concepts of the sublime, the essay argues that Wilson’s novel defines it in a different way: the sublime of history perceived as chaos and terror is substituted in the novel with the sublime of love perceived as order and beauty, thus providing hope for the overcoming of the past, its religious and political divisions, and hate.