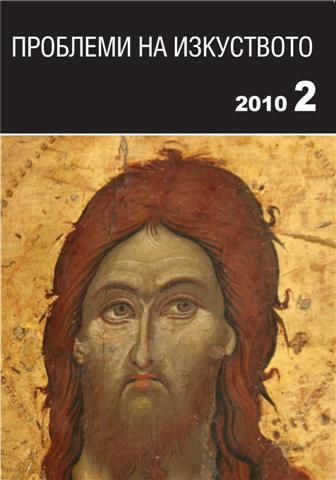 Summary/Abstract: The narrative cycles of the life of St George in the mediaeval mural monuments in today’s Bulgarian lands are only three . Two of them – those from Arbanasi, are subject of special analysis for the first time in the present text . In the St . George’s Chapel of the Church of St . Demetrius in Arba- nasi (second half of the 16th c .) 6 scenes from the life of its patron have been preserved: Interrogation of St . George before Emperor Diocletian, Beating Martyrdom, Torture in the Dungeon, Wheel Martyrdom, Lime Pit Martyrdom and Iron Shoes Martyrdom . With the exception of the Lime Pit Martyrdom, where there are included the figures of Empress Alexandra and the beheaded Anatolios and Protoleon, the cycle does not represent any iconographic specificities . At the gallery of the Nativity Church (1649) 9 scenes have been drawn that illustrate the life of St George: Interrogation of St . George before the Emperor, Wheel Martyrdom, Death of Alexandra, Beheading of St George, Resurrec- tion of the Dead, Destruction of the Idols, Miracle in the Paphlagonian Temple (or the Miracle with the omelet) and St . George Saving a Youth from Captivity (in 2 parts) . Of greatest interest are the last two, since they illustrate rare subject matters with the posthumous miracles of the saint, connected with children . The miracle of the saving of the youth from captivity is presented not as it is popular – a boy sitting on the horse behind St George, but in a narrative version . The narrative cycles of the life of St George in Arbanasi offer evidence about the history of the monuments . In the church of St Demetrius the presence of the cycle proves the dedication of the initial chapel of St George . The scenes of the saving of the youth from captivity in the church of the Nativity are connected with the donor’s portrait, placed close to them and bear evidence to the fact, that the murals in the Western part of the gallery have been commissioned in memory of the deceased child of the donor hadzhi Georgi . The narrative cycles of the life of St George from Arbanasi are situated in monuments that are close but differ in content and style . While the painters that have made the cycle in the church of St Demetrius came from a center of local impor- tance, the masters of the church of the Nativity with their crafts- manship and knowledge of not so popular sources of St George’s miracles showed a very high for the 17th c . artistic mastership .