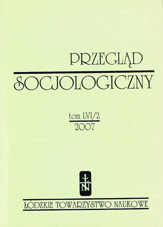 Summary/Abstract: The Borough of Charnwood in Leicestershire, has a population of some 155,000; its largest conurbation is Loughborough with a population of around 57,000 [Charnwood Community Profile 2005]. This however increases by around 15,000 during term time due to the student population attending Loughborough University, bringing the population to over 70,000 inhabitants. According to the 2001 Census, the Black and Minority Ethnic Population in the town was 13.4%. However, the current influx of immigrants from Eastern Europe in the East Midlands region has, undoubtedly, contributed to this figure increasing, although specific Loughborough statistics are not yet available.