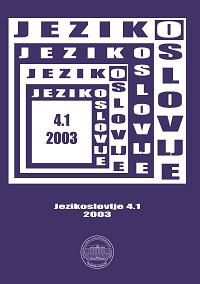 Summary/Abstract: In recent years cognitive linguists have shown that many grammatical struc-tures are motivated by metonymic principles. The goal of this article is to demonstrate the role of metonymy in the emergence of proper names and in their frequent grammatical reclassification as common nouns, drawing exam-ples from English, French, German, Italian and Spanish. Proper names are of-ten metonymic in origin, i.e., they refer to a circumstance or distinctive aspect closely linked to their referent. The name eventually becomes a rigid designa-tor for its referent(s). The frequent (temporary or permanent) reclassification of proper names as common nouns is also often motivated by metonymy. Two instances of this phenomenon are discussed: names used as paragons (Lakoff 1987) and the phenomenon known as “partitive restrictive modification” of names (Quirk et al. 1985: 290). In both cases, the rules of grammar holding for names appear to be violated: they may occur with (in)definite determiners and plural morphemes. The paragonic use of names arises on the basis of a metonymy in which the paragon stands for a class. If the class, rather than an individual, is highlighted, its members can be counted and specific reference can be made to them. This metonymy operates on the basis of a “deeper” metonymy applied to the individual taken to be the model for the whole class. In partitive restrictive modification the whole stands for one or a set of its aspects or parts leading to the figurative reclassification of the referent as a class of distinct individuals that can be contrasted in the same sentence.