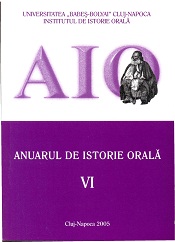 Summary/Abstract: The present article focuses on investigating some aspects concerning the personal lives of the Russian combatants during the Afghanistan war (1979-1989). A series of flaws of the ex soviet combatants have been outlined: drugs, alcohol, traffic, prostitution and homosexuality. On the basis of comprehensive presentations the following conclusions can be drawn: Embezzled out of an area of intimacy, “the history of confidentiality” has marked one of the dimensions of the impact of military conflicts on the spectrum of moral and disciplinary flaws of the Russian militaries during the Afghanistan war. It symbolizes the final boundary of emotions and feelings, burst out in a context of violence and infamy. Some of the crazes were the result of the context (such as drugs), others were based on habit (alcohol), cupidity (traffic) and lewdness (prostitution and homosexuality).