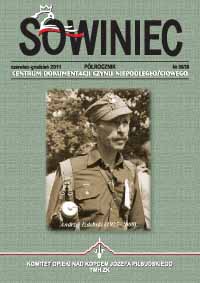 Summary/Abstract: As a result of the First World War, the historical Hungarian state was divided. Two Central European nations: the Hungarians and the Poles, lost a millennium-old common border. The Treaty of Trianon (1920), and the emergence of Czechoslovakia, which separated Poland and Hungary, did not eliminate the idea of the re-creation of a common border. There were projects to annex Slovakia by, or divide and incorporate it into the two countries. After the collapse of the historical Hungarian state, the Polish-Hungarian friendship took on a new meaning: Hungary strongly supported the Polish government, grappling with the problem of borders following the Great War, and expected in return the support of Warsaw with regard to a possible revision of the Trianon borders. During the Polish-Soviet war and its decisive moments in the summer of 1920, the Hungarian government offered to send a 30 thousand-strong cavalry corps, and - in the most crucial time - sent to Poland military equipment and ammunition which proved crucial in repulsing the Red Army. Unfortunately, Hungarian help did not result in Warsaw's support for Budapest in the international arena. However, Hungary’s noble gesture demonstrates the closeness of the Polish and Hungarian national interests.