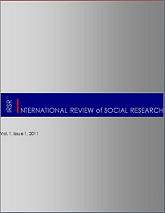 Summary/Abstract: This article proposes an evolutionary model of collective memory built on the concept of mnemonic revolution. It tries to go beyond the apparently mutual exclusive theories existing in sociological literature by integrating them into a comprehensive conceptualization. The first part of the study begins with the presentation of competing theories of collective memory developed over time. The second step presents the theoretical formula resulting from the adoption of a broader time frame (longue durée). This formula also takes into consideration the introduction of the concepts of mnemonic revolution and mnemonic reform. Mnemonic revolution is defined as a major break occurred in the structure of collective memory, which succeeds in a sociopolitical revolution, whereby the entire representation of the past is abandoned and the social labor of constructing a new retrospective vision of the past is initiated. Mnemonic reform includes the adjustable changes and the superficial reconfiguration through which the general image of the past that is incorporated into the collective memory is slightly calibrated depending on the evolution of the social system. The final part presents in a synthetic manner the way in which I sought the empirical validation of the notions developed in order to capture the dynamics of collective memory.