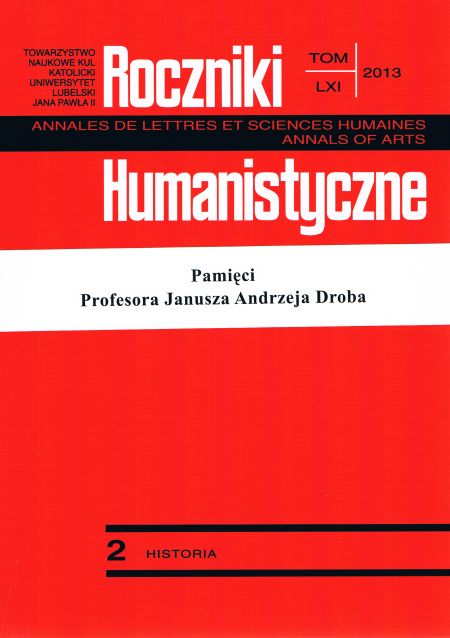 „To złych Ateńczyków Parlament, nasz nie taki”, czyli o starożytnej Grecji w interpretacji trybunalskich kaznodziei
„This is the bad Athenians’ Parliament, ours is not like that”, or about ancient Greece in the interpretation of Tribunal preachers

Summary/Abstract: Models taken from ancient Greece were fairly often used in speeches and sermons in Poland in the past; speakers, preachers and theoreticians writing about the Crown Tribunal willingly referred to them. Most often this was done in a positive context, although ancient Athens were also referred to when a negative model was to be shown. This was done by the Jesuits Piotr Dunin and Józef Kleczyński. Despite certain similarities to actual facts (transferring the Tribunal from Lublin to Jarosław because of the raging plague as an extraordinary event), it is hard to treat their sermons as descriptions of actual events, but rather as a peculiar result of the Lublin experience of several generations, gathered together for a didactic purpose, as a sort of anti-model. The image of Athens in Kleczyński's and Dunin's sermons is perfectly well inscribed into the topos of the town as an „evil place”, where all problems were concentrated that were considered the most dangerous for just judgments: corruption, drunkenness, fixing problems in an informal way.