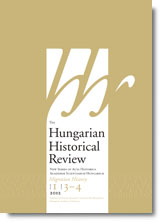 Summary/Abstract: For a long time conceptual explanations of mass migrations rested on economic and social premises. The notion of chain-migration, for instance, was given considerable reinforcement with the adoption of the economic “cost-benefit” terminology, as was the phenomenon of transplanted networks. In time, however, scholars began to consider structural mechanisms less and aspects of individual selection more. The latter included giving greater attention to cultural factors. However, mass physical relocation, explained with reference to series of individual decisions either accepted or encouraged by the community, goes against the attachment to place necessary for the strengthening of the nation state, which finds form in the institutionalization of citizenship. Growing internal (national) integration and the social disintegration that accompanies mass migrations makes it necessary to devise compulsions that encourage and hasten assimilation. Under its influence, the significance of foreignness and the phenomenon of otherness as a fact of everyday life intensifies. In the case of Hungary, this is illustrated the most clearly by the metaphorical conflation of Budapest’s alleged “foreignness” with its alleged “Jewishness.”