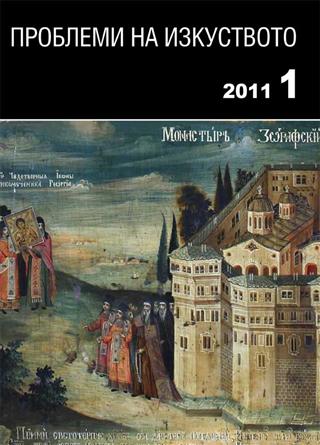 Summary/Abstract: There is an unique icon collection in the temple of The Dormition in Assenov (Lower, Tobacco) block in Veliko Tarnovo – its parts had been descending from all the churches in the parish, destroyed by the catastrophic earthquake in June1913. The parochial church had been bad damaged also so it was rebuilt in 1923 with much huge dimensions, partly because of the necessity to accommodate all the sets of icons and wooden parts of old iconostases with different origins. Newbuilt iconostasis dates from 1933 but its Royal doors obviously were made a century before. This article of- fers the hypothesis that they – as well as the similar Royal doors which were in the Archibishop’s church of the Holly Apostles Peter and Paul before 1913 – were made in the beginning of the 30es years of 19th c. by master Stanio Neikov Marangozina who had woodcutting establishment in Turnovo and huge practice in the town, in the villages and monasteries in diocese of the Turnovo Archibishopy. Last ten years of his life, between 1836 and 1845, old master Stanio spent in a close colaboration with his yoing rela- tive and ex-people, the briliant architect Nikola Fichev. So his last woodcuts are made in stile strongly touched by the influence of the unique stile of Fichev. Ergo, the Royal doors at the iconostasis in the Assumption Church and the doors from the Holly Apostles church were brobably the works marking the end of a long, fruitfil and quiet tradi- tional practice of Stanio Neikov, before his ten years of brave experiments with forms and constructions in the very end of lifetime.