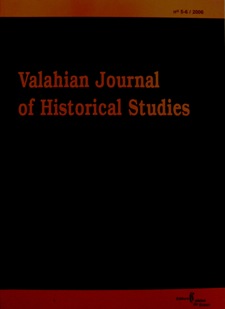 Summary/Abstract: REVIEW: Romania’s relations with Germany in the years preceding the Second World War are an important aspect of the Romanian history. Nevertheless, there has been little research on the Romanian policy towards Germany before the conflagration and the way the Romanian-German alliance was established. Rebecca Haynes offers a new perspective on the study of the Romanian-German relations in this period. The paper is the result of a laborious research based on the study of several archives documents and direct confessions. The author does not support the assertions of some historians according to which Romania was a victim of the Western Powers that sacrificed it in order to satisfy the German interests. In fact, the approaching to Germany was due to King Carol who was trying to get the German support against the revisionist powers.