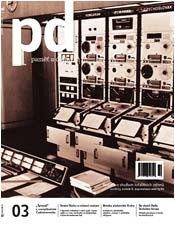 Summary/Abstract: The life story of Jan Záruba, worker of the former communist apparatus, is not an exciting account of an eventful life but a perfect study of an average ”cadre” at the level of today’s middle management, one that was indispensable for the functioning of the communist regime. Jan Záruba based his career on his membership of the Communist Party of Czechoslovakia. As an experienced party functionary he was appointed deputy interior minister at the beginning of the 1960’s, and he proved to be a loyal follower of the party line. During the 1968 reform movement, however, he was unable to cope with the newly emerging situation. He had to leave his function after Josef Pavel had come to the lead of the Ministry, and he became the head of the Interior Ministry Inspection Section. His problems culminated aft er the Soviet-led invasion of Czechoslovakia in August 1968 and he committed suicide shortly aft erwards.