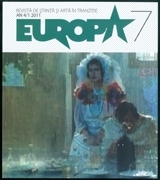 Summary/Abstract: The year 1805. is considered the beginning of the modern ecumenism. That year the missioner Baptist William Kerry dedicated himself to establishing a general society of all Christian communities all over the world. His suggestion was accepted by many missionaries and religious encounters were initiated. The ever serious conflicts between missionaries as well as prozelitism seized, and in time missionaries became closer. Consequently, many disputes were overcome. In a word – ecumenical consciousness was born.