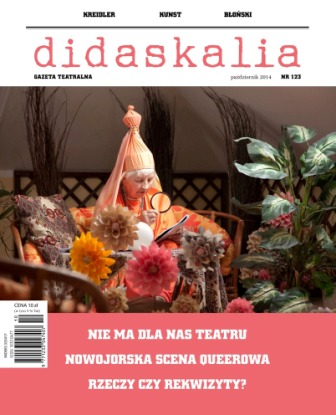 Summary/Abstract: A review of Marta Kufel's book The "Erroneous Bethlehem" of Tadeusz Kantor, which appeared as part of Księgarnia Akademicka's "Interpretations" series (Krakow 2013). Kufel takes a philosophical/existential stance to describe Tadeusz Kantor's two models of presence in the plays he created. She proves that the artist's decision to be present on stage was tied to the process of reshaping the theological model, which is central to his work. At the same time, the author perceives three figures of absence: the "absent father," the "empty spaces the Jews left behind," and the "empty space left by Christ." Kufer's means of analyzing the structure of Kantor's imagination in this book is based on the conviction that theology is recoded in his work and acquires new meaning.