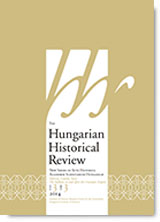 Summary/Abstract: A key element in the history of the missions that departed from Rome as of the middle of the sixteenth century is the functioning of the mediating structures that ensured the maintenance of the relationship between Rome as the center of the Holy Roman Empire and the territories where the missionaries did their work. On the Dalmatian coast of the Adriatic Sea, Ragusa, which today is the city of Dubrovnik, was the most important bridgehead, but Cattaro, today Kotor, also played a significant role as a point of mediation between Rome and the Ottoman Empire. My intention in this essay is to present the many roles of Cattaro in the region, focusing in particular on its role in the maintenance of communication between Rome and missions to the Balkans. Cattaro never lost its Balkan orientation, even following the weakening of economic ties and the loss of its episcopal jurisdiction, which had extended over parishes in Serbia in the Middle Ages. Rather, in the sixteenth century it grew with the addition of a completely new element. From 1535 to 1786 Cattaro was the most important center of the postal service between Venice and Istanbul. As of 1578, the management of the Istanbul post became the responsibility of the Bolizza family. Thus the family came to establish a wide network of connections in the Balkans. I examine these connections and then offer an analysis of the plans concerning the settlement of the Jesuits in Cattaro. As was true in the case of Ragusa, the primary appeal of the city from the perspective of members of the Jesuit order was the promise of missions to the Balkans. In the last section of the essay I focus on the role Cattaro played in the organization of missions for a good half-century following the foundation of the Propaganda Fide Congregation in 1622. Four members of the Bolizza family worked in the Balkans as representatives of the Propaganda Congregation in the seventeenth century: Francesco, Vincenzo, Nicolo and Giovanni. I provide a detailed examination of the work of the first three, including the circumstances of their appointments, their efforts to unite the Orthodox Serbs with the Catholic Church and protect the Franciscan mission to Albania, their roles as mediators between Rome and the areas to which missionaries traveled, the services they rendered involving the coordination of missions, their influence on personal decisions and the appointments of pontiffs, and their political and military roles during the Venetian–Ottoman war.