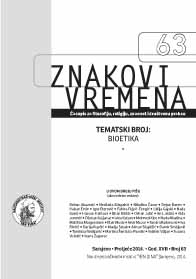 Summary/Abstract: Under this title we want to talk about the GM issue in the case of a country that has gone furthest in the acceptance of GM technology. Although GM technology appears as the only solution to the problem of world hunger and the growing environmental disaster, the experience of countries that have adopted GM technology, are worrying. In our work we want to make special reference to Argentina as an example of a country that has enthusiastically adopted GM technology without considering the consequences. Argentina 17 years after the introduction of GM crops in agriculture has become a country dependent on the particular GM monoculture RR soybean. In this paper, we investigate all aspects of total dependence on agriculture of GM crops with special emphasis on the negative aspects. Many of the problems come out from excessive use of herbicides that have a negative impact on biodiversity and have negative impact on human health and animal health to the massive problems of deforestation and even famines. Argentina is instructive example for European countries in the light of all the louder demands for the introduction of GM crops in agriculture, from which relevant authorities can draw lessons.