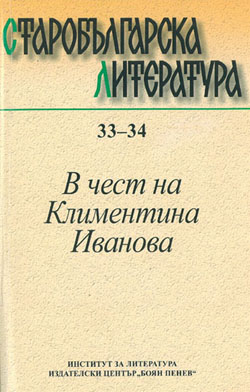 Summary/Abstract: The author offers a three-level interpretation of the illustrative initial in Codex Assemanianus painted at the lecture for 24 June, the holiday commemorating the Birth of St John the Baptist. The peculiarity of this initial comes from the combination of St John’s image as a young red-hair man and that of a dragon, placed respectively in the bow and on the stem of the letter. As the event of Baptism is emblematic for the unique role of St John it is the obvious reason why an abbreviated version of its representation was chosen to illustrate the text. This is the first, biblical level on which the common viewer “reads” the images. On the second level of understanding they are seen in the light of the Christian celebration of the summer solstice and the solar symbolism of St John elaborated by the Church writers, St Clement of Ohrid in particular. The final step however is to reveal the basic idea which had to endure a transformation under the spreading Christianity in the Balkan. Therefore on the third level the viewer is encouraged to draw a parallel between St John, his folklore counterpart Enyo and their pagan ancestor Apollo. It is thus demonstrated how even a small piece of medieval art is grasped by a contemporary mind as a multi-cultural complex.