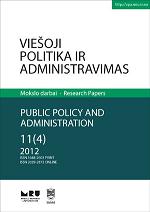 Summary/Abstract: This article discusses the phenomenon of the regulatory state, its definition, the methods it uses and its main organisational characteristic, i.e. independent regulatory agency. The author of the article attempts to define an independent regulatory agency and to crystallize its features. The rise of the regulatory state relates to the regulatory reforms that burst in the Western European countries in the 80s of the 20th century. Then the markets were liberalised and large industries were privatised. These processes were led by the group of the new organisational infrastructures, new perception of the functions of the state. It took on a whole new dimension not only at the national level, but also at the European Union and global level. Theorists of regulation came to the conclusion that the modern styles and conditions of governance revealed the state as a regulatory state. And the main organisational infrastructure of the regulatory state is an independent regulatory agency. Western countries name these agencies differently, for example, quangos, NDPBs, EGOs, SAOs in Great Britain, IRA as the Federal Communications Commission, the Federal Energy Regulatory Commission in the U.S., les autorités administratives indépendantes, such as Commission bancaire, Conseil supérieur de l’audiovisuel, Conseil de la concurence in France, nezávislé správní úřady as Český telekomunikační úřad, Úřad pro ochranu osobních údajů in Czech Republic, autorità indipendenti as la Banca d’Italia, l’Autorità Antitrust in Italy, Ministerialfreie Verwaltung as Bundeskartellamt, Bundesnetzagentur in Germany, etc. We also do have such institutions in Lithuania. But we call them institutions accountable to the Parliament, such as the Competition Council, the National Bank, the National Control Commission for Prices and Energy, the Commission of Lithuanian Radio and Television. The author comes to the conclusion that the regulatory state is a form of governance, where the main role is given to the institutions that are separated from the political cycles and that make their decisions strongly backed-up on technical expertise. Moreover, public politics becomes apolitical and public polity/governance becomes technocratic. The regulatory state uses the method called statutory regulation. The main features of the independent regulatory agencies are: they are independent from the executive bodies; they fulfil quasi-legislative, quasi-executive and quasi-judicial functions. The independence of these institutions has two dimensions: functional independence and institutional or political independence. On one hand, they must be separated from the interests of regulated markets, on the other hand, they must be isolated from the interests of bureaucracy and politicians.