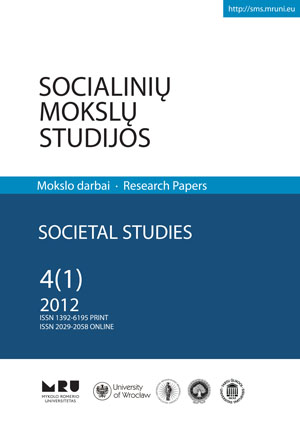 Summary/Abstract: This article discusses the UK quangos, their definition, position in the public administration system, the methods which they use in fulfilling their functions, the characteristic features of quangos, and the existing classification of quangos according to scientists and politicians. There are several reasons why the author of this article dedicates her interest to quangos. First, nowadays it is popular to call the UK a quangostate, moreover, it is easy to find this abbreviation in different contexts, even in songs. Second, existing of quangos raises many economic, political, social issues to both politicians and scholars. Third, it is obvious that the American and the UK models of agencies have an impact on the pattern of public administration entities of the European countries. Furthermore, it was revealed that British quangos exceeded by a decade the EU requirements to establish functional independence of public administration entities. There are many ways to define quangos. One of the definitions presents quangos as anybody that spends public money to fulfill a public task but with some degree of independence from elected representatives. There are several categories of quangos: first, non-departmental public bodies, such as executive NDPBs, advisory NDPBs, tribunal NDPBs, independent monitoring boards, second, nationalised industries and public corporations, such as BBC, Bank of England, Royal Mail, Royal Mint, Commonwealth development Corporation, etc., third, national health service bodies, fourth, next step agencies, fifth, non-ministerial government departments, such as Ofwat, OFGEM, GEMA, OFCOM, (POSTCOMM, Office of Rail Regulator, etc. Even more groups of quangos exist, e.g. local public spending bodies and ad-hoc groups of experts. It must be noted that there is a huge number of quangos in the UK. It gives a good background for politicians to speculate upon it. Before the elections, the leaders of the parties often promise to save millions by cutting quangos. But they fail. This article does not intend to answer the question why they fail. It’s only goal is to present the phenomenon of British quangos to the Lithuanian reader, to give the definition of quangos, to crystallise the reasons of their establishment, to give a classification of quangos and to analyse the problems of their accountability.