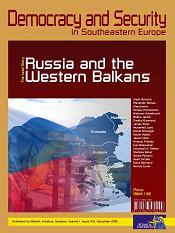 Summary/Abstract: By the time new American presidents have settled into the White House, they usually understand one thing about Russia: it is a diffi cult country to live with. But it usually takes them a full term to discover something else: Russia is a museum of contradictory truths.1 The country's power has always concealed anxiety. Its weaknesses have always shrouded ambition. Its Eurasian expanse and perspective instils, in equal measure, a sense of vulnerability and prominence, a 'right' to 'equality' in all regions to which it is proximate and a demand for pre-eminence in areas that are historically its own. Even during the relatively congenial mid-1990s, Russia was too distinct and too proud to 'simply dissolve into the schema of European diplomacy' (in the words of Boris Yeltsin's press secretary in 1994).2 Yet apart from the period of Leninist messianism, it has never possessed the distinctiveness, self-confi dence or cultural integrity to become, like China or India, 'the other' with respect to Europe. Like an only child needing company and fearing intrusion at the same time, Russia seeks a seat at the top table of today's European and Euro-Atlantic clubs, while claiming exemptions from the values and standards that make them clubs.