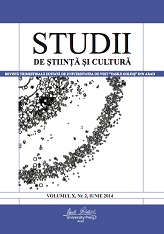 Summary/Abstract: The issues of space and movement have a long-standing tradition in the history of human thought, being an object of research in several subjects. Space is a domain of immediate experience, and movement is part of our very condition. Should a speaker of Romanian from Vojvodina (who uses Banat speech and is bilingual, knowing the language of that environment) translate a literary work from Serbian, this would most often result in calques and difficulties in finding the appropriate words in the translation process. A comparative analysis of texts from various languages shows that each language manifests a certain predilection for using verbs in the three above-mentioned categories. In this respect, Romance languages are opposed to Slavic languages, especially in Romanian, both as regards the lexical system and in terms of speech. In contrast to the situation found in French and Romanian, the Serbian language has an evident preference for verbs that contain two types of semes in their semantic scope: spatial semes combined with semes referring to how movement occurs. The particularity here is derived from the fact that verbs of the Serbian language contain a rich prefix system that indicates the various local aspects of action and only serves to express the concrete sense of space or time location.