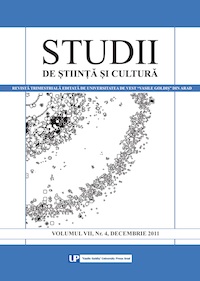 Summary/Abstract: From the first poem written in Romanian in Vojvodina territory can meet an influence of folklore in Romanian poetry. This influence started from fifth decade of last century. Even with the articles regarding relationship between literature and gastronomy were multiplied during the last years, transforming into real trend, about traditional and (post)modern gastronomy in Vojvodinian Literature wasn’t wrote at all. Therefore, such paper should bring a deeper incursion in Romanian poetry from Vojvodina, which, surrounded by Serbian literature and the literature of minorities coexisting on this territory, has received a certain foreign influence and in the case of poetry but also in the case of gastronomy.