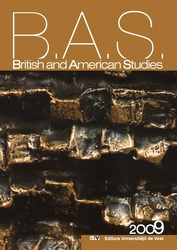 Summary/Abstract: In 1957 two ground-breaking books were published in the field of linguistics, Chomsky’s “Syntactic Structures” and Lado’s “Linguistics across Cultures”, which have strongly influenced the development of theoretical and applied linguistics respectively over the past half-century. This paper briefly compares their widely different approaches, noting also certain points of contact that subsequent research has revealed. It ends with a few personal reminiscences concerning Chomsky and Lado.