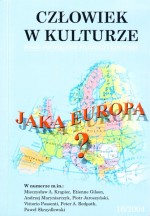 Summary/Abstract: In the Latin civilization a particular place was taken by science and teaching delivered within the organized system of schooling. Education became the best way of the development of the Latin civilization. An exceptional role was played by Cassiodorus, a creator of the Vivarium monastery, where science was recognized as an obligation. He was also a creator of an encyclopedical work „Institutiones” that gathered Greek and Latin knowledge on liberal arts. His Vivarium, as a symbolic university where the treasure of ancient culture was preserved and the flame of science was kept burning, contributed to the defense of Christianity against Byzantinism, and to the formation of the Latin civilization.