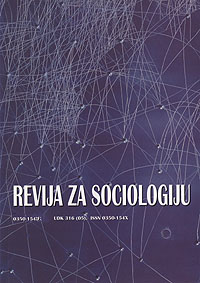 Summary/Abstract: This work focuses on the importance of the approach to consumer society by a French cultural theorist, Jean Baudrillard, and a Slovenian philosopher Slavoj Žižek. Both authors are under the strong influence of the Marxist, structuralist, semiotic, psychoanalytic (Žižek) and sociological (Baudrillard) discourse. The text attempts to approach some of the lesser known aspects of Jean Baudrillard’s thought; from the 1970s, he has moved slowly away from the discourses of Marxism and structuralism towards post-structuralism, but nonetheless is still preoccupied with the same phenomena characteristic of contemporary Western societies. Contrary to the prevailing opinion, this text attempts to draw obvious similarities between the (early) work of Baudrillard and Žižek, especially in the areas of the overlapping discourses (those of structuralism, psychoanalysis and post-Marxism) and interests of the two theoreticians. The relation between the authors is indicated regarding the shift from the “early” to “late” stage of capitalism, and the related phenomena of contemporary societies (value system, politics, order, media etc.). Consumer society is thus regarded as an attempt at establishing a social code of values, as a sign system, as a social differentiation system, and as a form of social control. Therefore, in certain dialectics, the society of late capitalism equally reflects in the abundant quantity of commodity and possible enjoyment relations, as in various anomies, identified by both authors (global increase in irrational violent behaviour, racism, etc.).