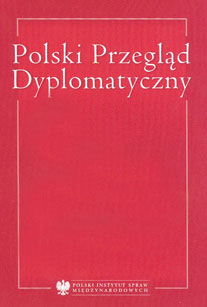 Summary/Abstract: Starting from October 2008, multilateral negotiations on South Caucasus security have been held in Geneva, led by the UN, the OSCE and the EU, and attempting to stabilise the conflict between Georgia and the Russian-backed splinter republics of Abkhazia and South Ossetia that has been going on since the 1990s. No binding agreements have been reached so far, except for an Incident Prevention and Reaction Mechanism (IPRM) which hinges on parties’ good will. Nor did the parties were induced to consent to a permanent presence of international policy/military forces on both sides of the ceasefire line. Despite their meagre results, the talks offer the best real way of raising the mutual-confidence level and settling ongoing problems. It looks like on minor issues, the quality of discussion may improve in the future, but there will be no rapprochement when it comes to the principal questions.