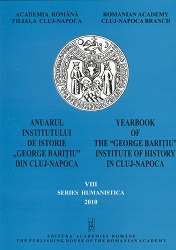 Summary/Abstract: Romanian culture has its own ethos, generated by the geographical and historical framework of its evolutions. After the enthronement of communism, freedom of creation was constantly restricted by forms differing in various stages: an attempt to build up a new cultural identity on the basis of socialist realism and lend legitimacy to the new order by rejecting traditional values (the Sovietization period); relaxation of dogmatism and ideological control in the ‘60s; pressures to impose a showy nationalism during the two decades of Ceausescu’s dictatorship. The attitude of power towards the men of culture varied along the time from purges and interdictions (mass wide in the ‘50s) to their being lured into the trap of privileges. It was only after 1989 that the process of regaining the values of the Diaspora and of reintegrating its personalities into this country’s culture could be started, a process marked in its turn by tension and disagreement. The fall of communism in 1989 elated the cultural world, but the embarkment on the free market economy and the rigors of the transition period faces it with a tough experience.