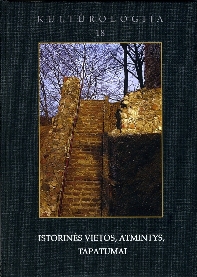 Summary/Abstract: The article examines the problem of messianism in the history of Lithuanian philosophy. Messianism was closely related to the Polish romanticism and national movement ideology represented by Adam Mickiewicz, Juliusz Słowacki and Andreas Towiansky who all came from historical Lithuanian lands. Messianism played an important role for Polish diaspora during the formation of the 19th century Polish ideological and cultural public thought. Adam Mickiewicz, Juliusz Słowacki and Andreas Towiansky were born in historical Lithuania; Vilnius University and the very Vilnius’ city “spirit” made a considerable impact on the formation of their world-view. The author of the article assumes that messianism can be considered as a segment of Lithuanian philosophy characteristic of the philosophical and public thought development in the first half of the 19th century. On the other hand, the tradition of messianism afterwards influenced the creation of Oscar Milosz and Petras Juodelis.