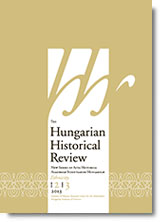 Summary/Abstract: This study investigates the emergence of Greater Romania from below, paying attention to certain aspects of ethnicity and nationalizing. The establishment of the new state, with its rules and practices, was a slow process that left considerable room for local groups and individuals to negotiate their positions vis-à-vis the nationalizing efforts. The analysis of how citizenship options were used to individual advantage, the conflicts that arose regarding the nationalizing of border zones and their inhabitants, and the local differences of symbolic conquests reveal the importance of local contexts and their social elements. From the perspective of these events the realities of Greater Romania are best described as an overarching legal fiction that disguised a series of local settlements and compromises regarding the nationalizing attempts. Encounters usually interpreted as expressions of national indifference were also driven by ethnicity, only the meaning and content of ethnicity remained permanently contested. One can detect two types of “nationally indifferent” behavior. One was prevalent primarily among the middle class, a claim for the right to define one’s ethnicity, and another was characteristic of the lower urban social strata and the peasantry, where it could have meant real indifference not only to the norms of proper behavior, but also to the categories used by the state, but not negligence of differences.