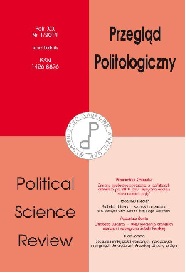 Summary/Abstract: Practically nowhere in the Arab world were the events of the Arab Spring avoided. Civil unrest and anti-government protests occurred in the rich oil monarchies of the Persian Gulf as well. When compared to the Maghreb and Mashrik, however, these anti-government protests were limited and in some cases merely incidental. Bahrain was the only country to witness violent anti-government protests of mass character, and that threatened the rule of the Al-Khalifa dynasty. Consequently, the authorities of the Kingdom of Bahrain decided to ask the members of the Gulf Cooperation Council for military aid in order to stabilize the internal situation, and eventually obtained it from Saudi Arabia and the United Arab Emirates. Unlike the remaining territory of the Middle East, the Gulf countries survived the most critical period of the Arab Spring, maintaining the key elements of their political systems unaltered. The objective of this paper is to present the progress of political events in the Gulf countries in 2011 and to indicate which determinants were decisive for the survival of the political systems in these states during a time of political crisis.