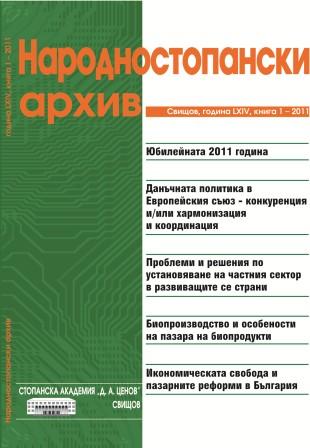 Summary/Abstract: In the 20th century we witnessed too many experiments and systems of intervention of the totalitarian, fascist, Nazi and Marxist type. The predominant impression is that liberalism is a legacy of the past and does not meet the realities of the new century. Many developing countries resort to external lending for the realization of growth. The reason for this is the lack of resources and the large public sector, which encounters financial, managerial and organizational problems. This sector is not able to fulfil expectation due to the external debt of these countries, the permanent budget deficit, the deficit of trade and payment balance etc. As a result, privatization began as an economic policy and development program in several developing countries from the early 80’s of the last century. They implemented various work programs for better economic growth. However it is necessary that these countries adopt a long-term program with a specific policy to solve the emerging socio-economic and political problems. With this study we set ourselves the task of highlighting a topical problem - the establishment of the private sector in developing countries.