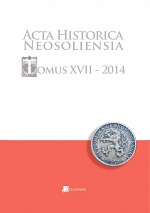 Summary/Abstract: Since autumn 1948, the Communist Party of Slovakia was territorial organisation of the Communist Party of Czechoslovakia. After the seizure of power in February 1948, its membership became double during several months mass recruitment; it had more than 400,000 members in the middle of 1948. After the general check of membership at the turn of the years 1948/1949, the number of members and new candidates decreased to less than 270, 000 and continued to decrease. At the end of 1953, KSS had the smallest number of members and candidates, less than 190,000. After that, gradual and continuous increase has started and by the end of 1967, the number of members (the system of candidates was cancelled) exceeded 300,000. Local organisations (in the place of residence) dominated the organisation structure of KSS, the turn came at the beginning of the fifties, when the focus was on organisations in the place of work. Others gradually copied organisation of state administration – these were district and regional organisations. Viliam Široký was a dominant personality both in KSS and Slovakia, mainly after „disclosure“ of so-called bourgeois nationalists (Gustáv Husák and others). Some kind of new ruling triumvirate was formed since 1953, consisting of Karol Bacílek, Pavol David and Rudolf Strechaj; Široký withdrew from Slovakia and acted on a statewide level in Prague. Given „triumvirate“ ended politically in 1963 and Alexander Dubček became the leading person in Slovakia.