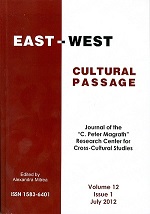 Summary/Abstract: Ian McEwan’s life-long fascination with music is manifest in his having authored a libretto for an oratorio (Or Shall We Die?) and an opera (For You). It is equally apparent in his fiction, which is permeated with musical references and populated with composers, violinists, blues guitarists, and lovers of music, revealing the novelist’s abiding concern not only with the relationship between musical and literary form but also with the act of composing as a compelling metaphor for creativeness and individuality. In McEwan’s two novellas, Amsterdam and On Chesil Beach, music is far from incidental, the novelist resorting to it not only for thematic content but also for formal structure. Both texts rely on the discourse of music within the context of morality. Employing the figure of a male composer determined to write a symphony heralding the new millennium, but whose hubris, misanthropy, and self-delusion cause him to end up with a flawed composition derivative of Beethoven’s Ode to Joy, Amsterdam is a satire of a decadent Romanticism and the romantic masculine worldview. On Chesil Beach foregrounds music−a marker of character and a vehicle of misunderstanding between the newlywed protagonists−alongside conflict, represented as a musical piece consisting of painstakingly staged arguments and misinterpretations having their roots in a repressive morality and lack of communication.