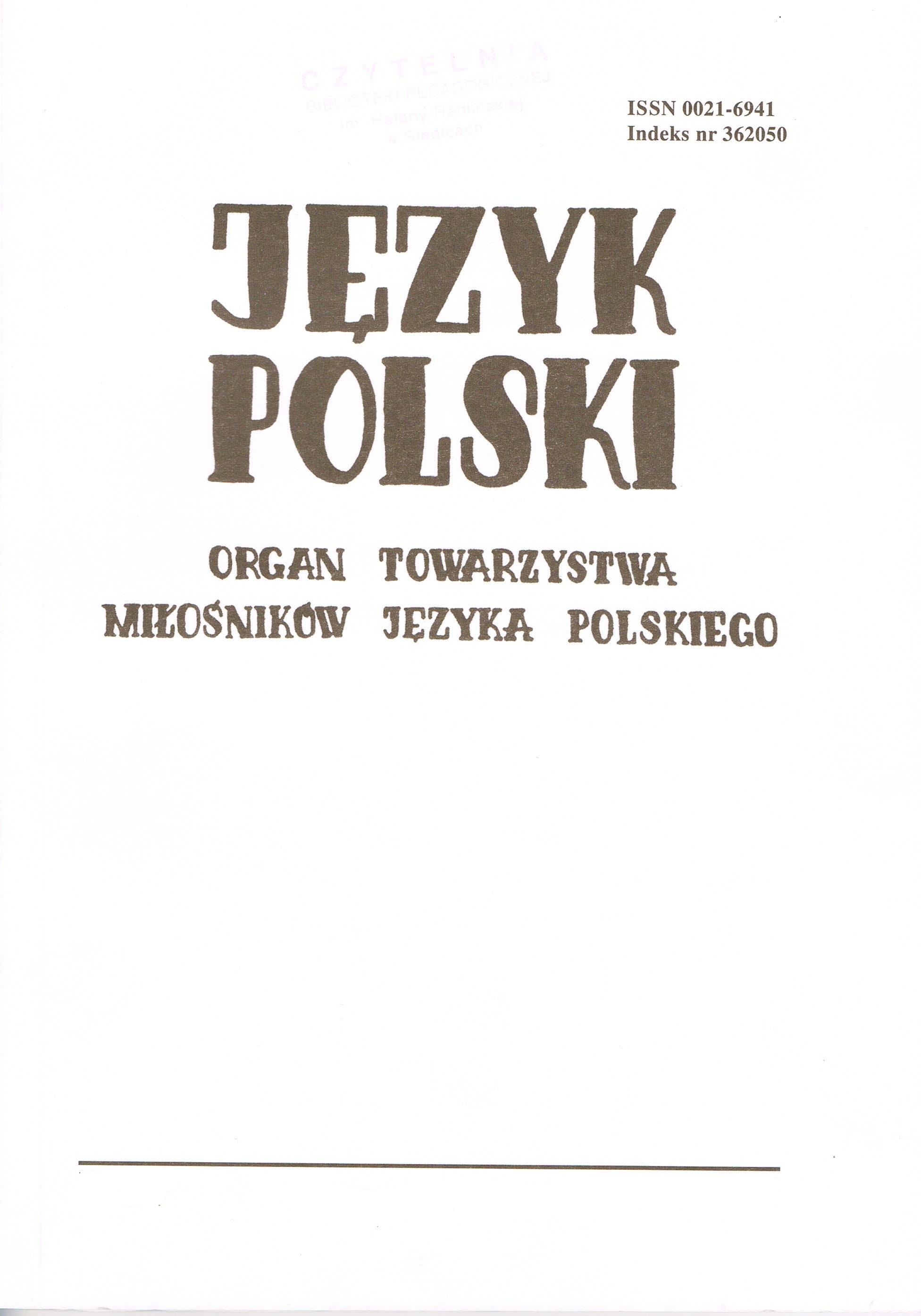 Summary/Abstract: The paper is concerned with the word "luterok", ‘the official dress of clergymen of the Evangelical Church of the Augsburg Confession: a short, knee-length, black “cassock” with a white collar under the stand-up collar of the frock coat; a Lutheran frock coat’. The word is a borrowing from the German "Lutherrock". It might have been present in standard Polish language and Silesian dialects since the 19th century, yet it was not entered in any dictionary. The author compares the word in question with derivatives of the proper noun base "Luter" existing in the speech of the Evangelical population in Cieszyn (Teschen) Silesia, Slovakia, Moravia, and the Czech Republic, and the Catholic population in the regions of Lesser Poland, Ermland (Warmia), and partly Masuria (Mazury). The word "luterok" used in Ermland and Masuria has been interpreted as a homonymous expressive derivative, ‘an Evangelical, a Lutheran’. Contrary to the view of J. Kollár, the Slovak "luterák" appears to be an independent derivative rather than an adaptation of "Lutherrock" which has different meaning. The paper emphasises the difficulty of identifying and describing the lexicon specific to Evangelicals in the Polish context, dominated by Roman Catholicism.