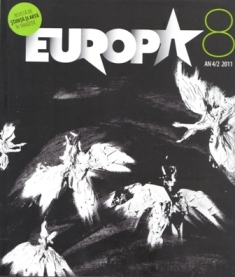 Summary/Abstract: Tribulation, as a life companion, forced the people in all times to deal with it, not only in literature but also in other disciplines of spiritual creativity. In his literary work Camil Sijaric covers topics of death and suffering in thier full form. The essence of literature that he wrote out is a revealing of a man. The hero of Sijaric’s narratives is an anonymous man of history. The writer talks about the tragic fate of the people observed through a historical phenomenon of the modern era, brought an endless tribulation and suffering to the mankind. Camil Sijaric talks about it in his works „Liberatet Jasenovac“ and „Todora“. Even though today there are talks about human rights, humanity, freedom and emancipation everywhere, we are witnessing the triumph of the will for power. Just now while appealing for non-violence, dialogue and tolerance – there is more and more violence.