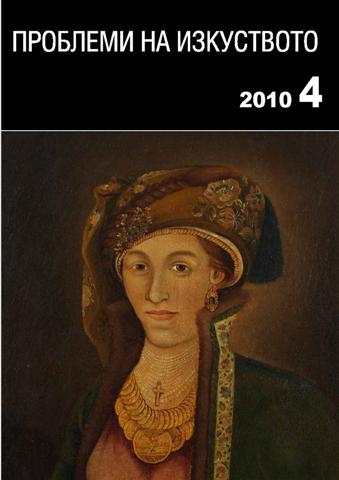 Summary/Abstract: The preservation of the cultural heritage of the Rila Monastery is closely connected with the devel- opment of restoration in Bulgaria. It is considered that the holding of specialized restoration activities on the territory of the monastery began in 1961 when it was proclaimed as public property with the statute of a national museum. Actually there were examples of earlier professional intervention that have stayed outside the scope of the researcher’s interest. One such example was the activity of K. Yordanov who for a period of a couple of months in 1944 managed to restore icons in the chapel in the Hreliova Tower and in the church at the grave of St Joann Rilski. He also worked on the murals in the encircling gallery of the Catholi- con, restored murals in the anchoress St Luka and began the uncovering of the mediaeval frescoes in the chapel in the Hreliova Tower. Many circumstances today impede the detailed research of the restoration interventions undertaken in the monastery by K. Yordanov. When the icon collection was made in the 1960s many icons from the churches and chapels round the monastery were gathered. When this was being done not always precise and detailed documentation was kept. And so, the identification of the greater part of the icons was made possible only thanks to the prepared by K. Yordanov restoration documenta- tion. Beside for the clarification of the methodology of the restoration interventions, the information in the documentation allowed us to define also the initial positions of part of the icons. K. Yordanov’s travel to the Rila Monastery was prompted by the complicated situation in Sofia t the end of World War Two and it is difficult to assign it to the general policy of the National Archeologi- cal Museum for the preservation of the cultural heritage of the country. For that reason the holding of restoration activities on the territory of the monastery was not planned beforehand and the undertaken by K. Yordanov interventions create the impression of being somewhat chaotic. But nevertheless they were the result of his personal judgment and were prompted by the concrete state and artistic values of specific objects. Today, the interventions made by K. Yordanov might seem insignificant having in mind the held after 1961 important restoration activities in the monastery, but his work has its importance and is a valuable con- tribution in the study, documenta- tion and preservation of the artistic valuables from the treasure of the holy Rila Monastery.