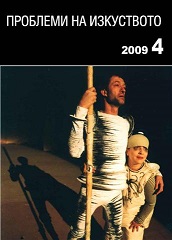 Summary/Abstract: The imposing of the method of socialist realism after 1944 in all countries of the socialist camp defines the road of development of Albanian art . It aggressively enters the country in the 1950s and is im- posed by artists that have returned in the country after 1960-1961 after studying in the academies of the uSSR . The new Soviet experience is not shared by Albanian artists . The authors feel pressed and suffocated by the party require- ments and ideological constraints, they feel creatively unsatisfied by the imposing of the uniform character – the protagonist of the new times, the socialist individual . The artist is not free to recreate real life . The growing protest leads many authors that openly protest against the power and the socialist schemes into the jails – Vangush Toushi, Max Velo, Edison Gergo, Ali oseku, Abdula Changoi, etc . others, on others, like Edi Hilla forced labor is enforced, while others, such as Hasan Nalbani, Wilson Kalitza, Banish Yukniu, etc . are in- terned in the province . That is why in order to exist the authors begin to humor those in power while in order to satisfy their inner artistic needs – they draw for themselves . In this way a parallel painting in the shadow is formed which does not reach the people . The article, mainly on the basis of numerous interviews with Albanian artists made by the author are presented many facts about this period; traced are the criteria according to which these works of art have been turned down; drawn are the iconographic, plastic and stylistic differences of painting in the shadow and its different genres are also examined. Figure compositions are the ones that are most severely criticized which is easy to explain since it plays a major role in genre typol- ogy of serving the political power . Nudes slowly loose even its educational importance due to the lack of political „engagement” . The portrait painting was also non-admissible in the exhibitions except in the cases when it presented the image of the leader. Contrary to the other socialist countries, in Albania the landscape was not properly appraised as a genre since as a genre it could not fulfill the party’s ideological policy .