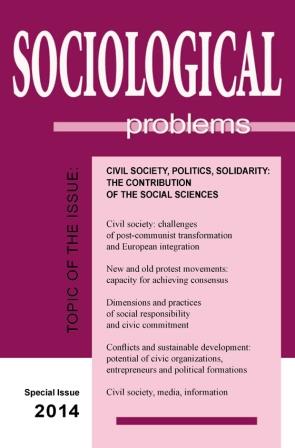 Summary/Abstract: The article examines the role of the legislation and judicial system in Bulgaria for the prevention and resolution of ethnopolitical conflicts. In the first part of the paper, the author makes an overview of the ethnic relations in Bulgaria in conjunction to the specifics of the political system. The second part outlines the problems in the implementation of the EU legislation in the Bulgarian Protection against Discrimination Act (2004). The third part of the work includes case studies that reveal various forms of discrimination to which the Roma are subjected. The case studies illuminate the ways in which the judicial system and the relevant legislation operate. They help to reveal and map the problematic issues. The present work indicates that, on a number of occasions, the rights of the minority ethnic groups have not been adequately protected by the institutions and have even been violated by representatives of the very bodies that have the task to maintain justice. The flaws of the judicial institutions and the legislation are further aggravated by the fact that the general public is still not alarmed by the cases of discrimination against ethnic groups and does not perceive them as an issue worthy of attention.