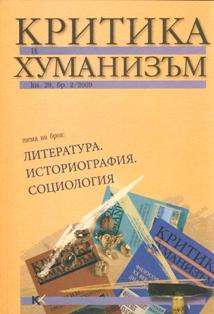 Summary/Abstract: The article poses the problem of the missing Bulgarian chronicles during the Middle-ages. It traces the literary appearances of historical consciousness in different parts of Bulgarian history between the 7th and 15th century. The conclusion reached is that the old-Bulgarian historiography is a sign of consecutive, although maybe unconscious refusal of objective refl ection of the ongoing events. The created texts are an attempt of recreation of history in relation to some ideal image of the past, which is usually (or should be) used as an argument in the aspirations towards political and ethnical autonomy.