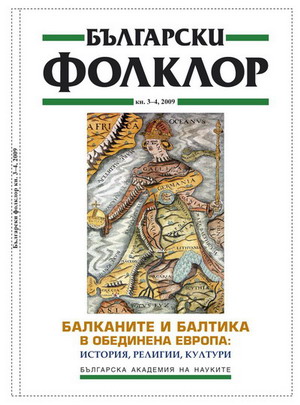 Summary/Abstract: This article is dedicated to the history and identity of the local community of the Bulgarian Muslims in the town of Nedelino, Smolyan region. They use various markers that integrate them into the community of their choice as identifiers. Signs such as origin, language and the related name, religion and system of rites and customs are perceived as inbred as well as they are put to subjective interpretation by their carriers. The article aims to present the local legends from the town of Nedelino connected to the process of enforcing and adopting Islam and their reflection on the identity of the local population. The study of the history and identity of the Bulgarian Muslims in the town of Nedelino reveals the existence of various contradictory trends. As it happens, the entire status of the group, and the impact of a number of external factors shape the identity of the group and the individual (such as various Muslim and Christian propagandas, шге Balkan ethnic and religious conflicts, the economic crisis and the endless discussions surrounding this community). This study proves the difficulties in defining a clear and monolithic identity of the Bulgarian Muslims. On the one hand, the members of the community point out clear, but different markers of self-identification, while on the other – these markers are interpreted either according to the origin, or the options for a personal choice. The difficult combination of the ethnic Bulgarian and Muslim religious self-identification makes the issue of the Bulgarian Muslims a rather complex one and faces them with a difficult choice and the split existence between social opulence and the happy world beyond.